Another fun one-off robot build for a class final project. This maze solving robot did surprisingly well thanks to quick motors and my favorite VL53L0X point LIDAR sensors for proximity detection. The sensing stalks feature op-amplified IR diodes to pick up IR beacons that were placed along the maze. 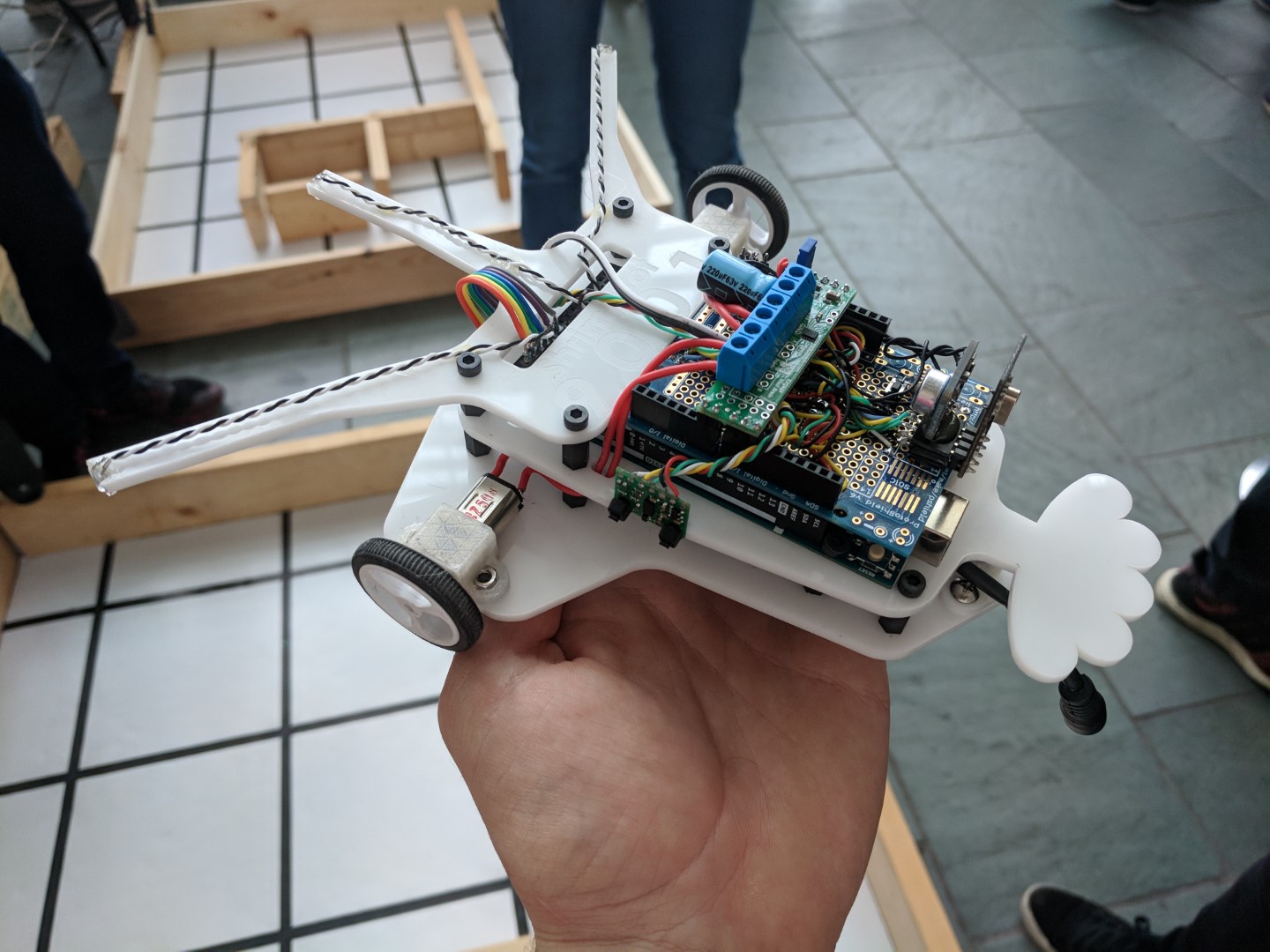 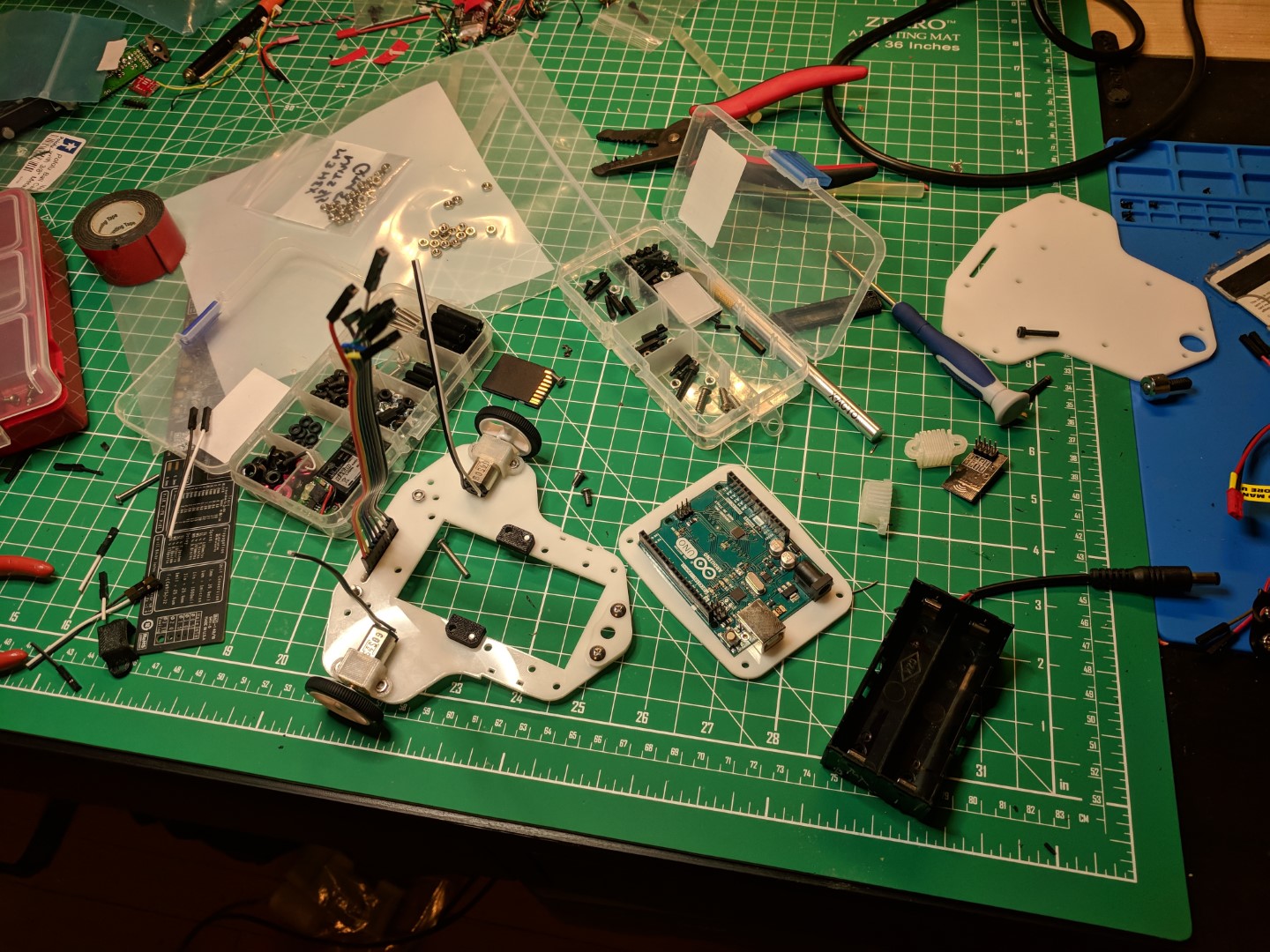 The glory of the build! This first version was designed around an arduino uno, which was later switched out to a Mega as we used up all of the GPIO of the smaller microcontroller. 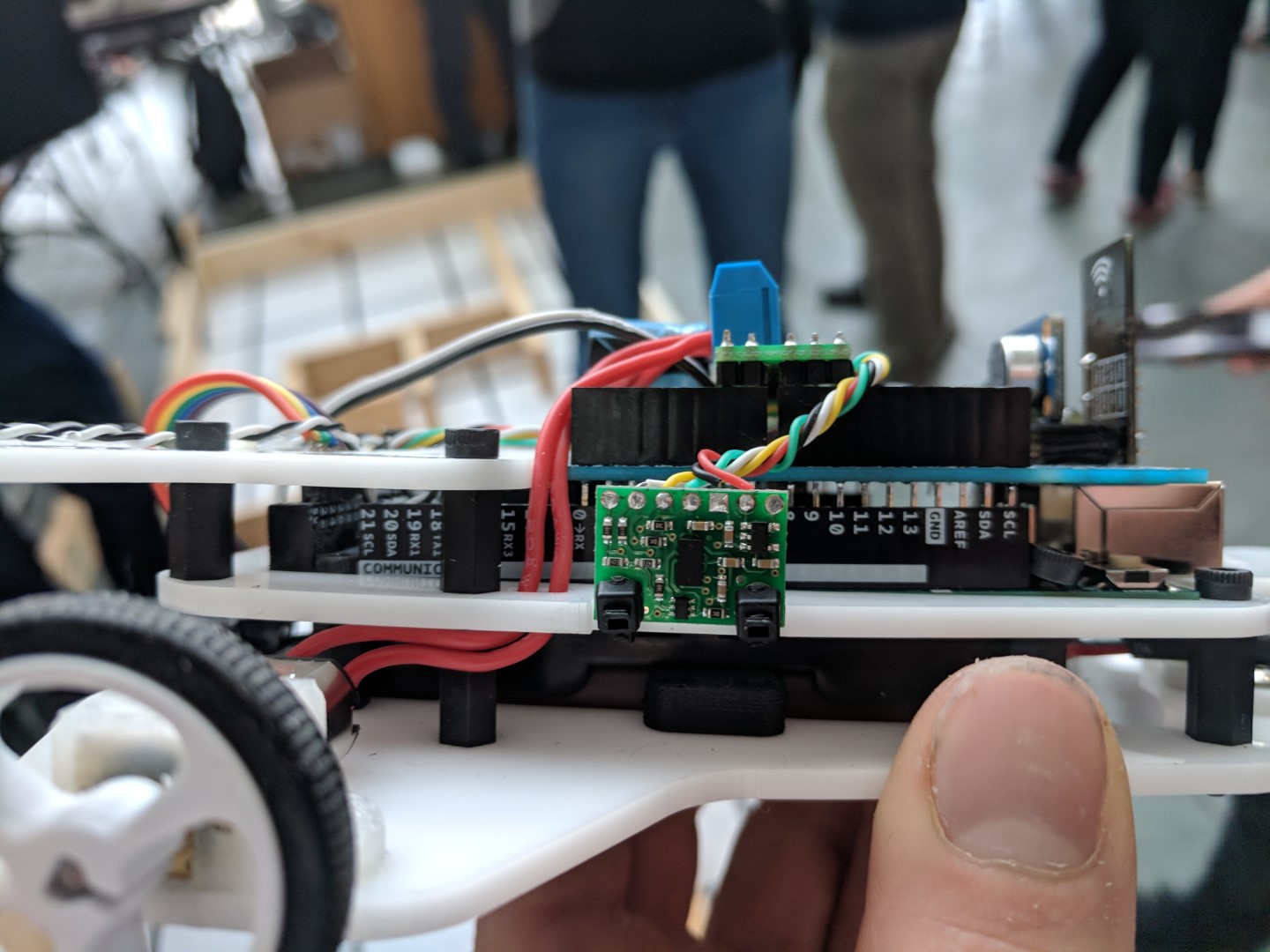 Here is one of the three VL53L0X sensors used to detect walls. 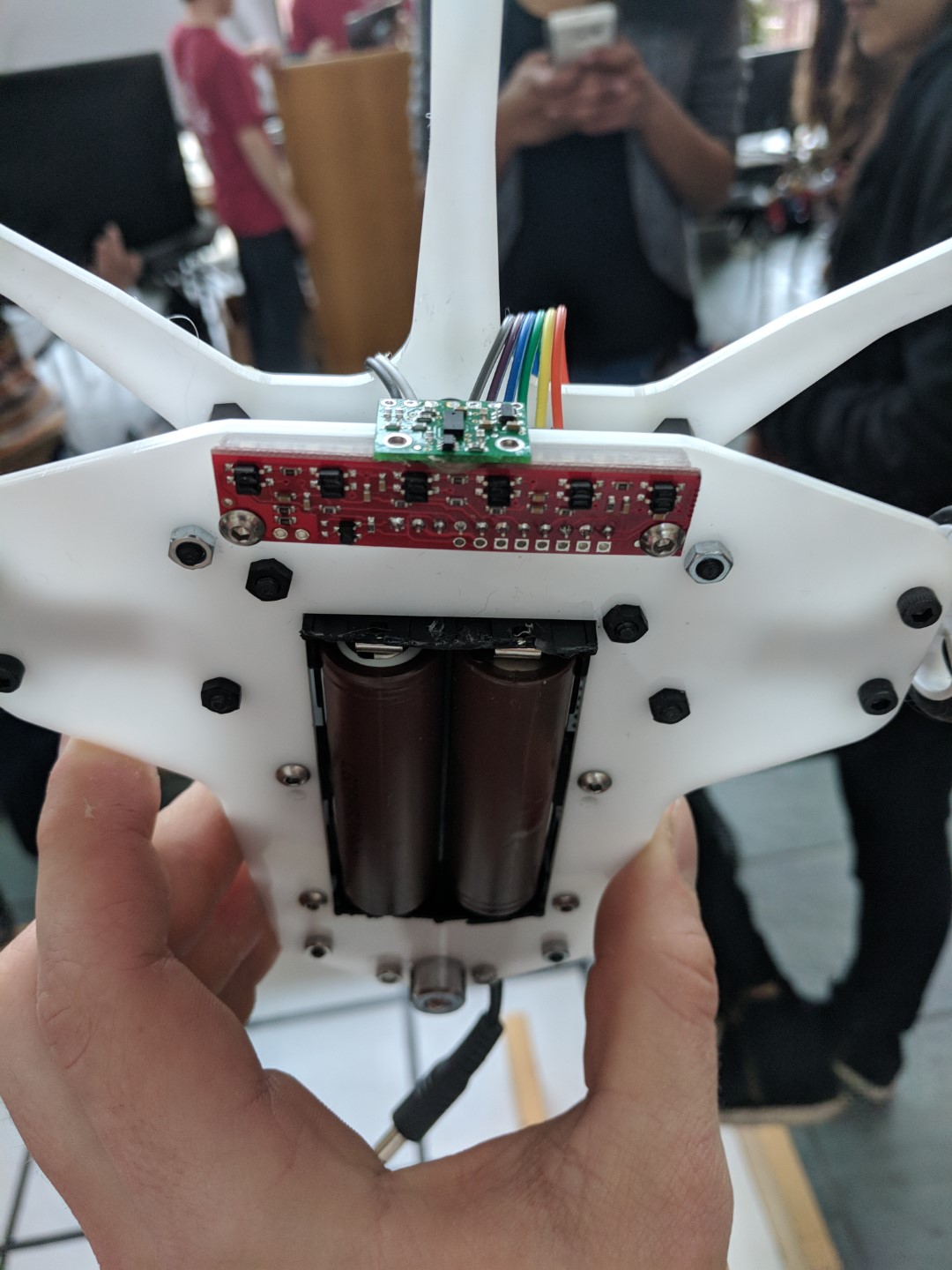 A line following array on the underside.